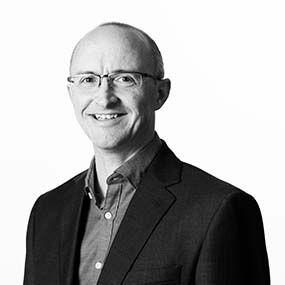 Alan Ainsworth is Head of Policy at the Open Banking Implementation Entity (OBIE). OBIE was set up by the UK’s competition regulator the Competition and Markets Authority to develop open banking standards and ensure effective implementation by the UK’s biggest banks, with the aim of driving competition and innovation in retail banking. Alan has led the work of the OBIE in focusing on the customers’ ease-of-use when using open banking, and was instrumental in adding app-to-app authentication and the Customer Experience Guidelines to the Open Banking Standard.

Alan has been interested in and involved in open data for financial services since the early days of the UK’s “midata” programme in 2011, where he was an original Steering Group Member. He has advised businesses on payments and open banking legislation including the Interchange Fee Regulation and the revised Payment Services Directive (PSD2).

Alan spent most of his career at Barclays, where he had senior roles in payments, retail banking, citizenship and government relations. He has also worked at global payments business Paysafe.